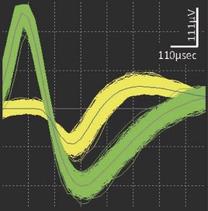 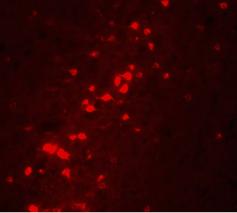 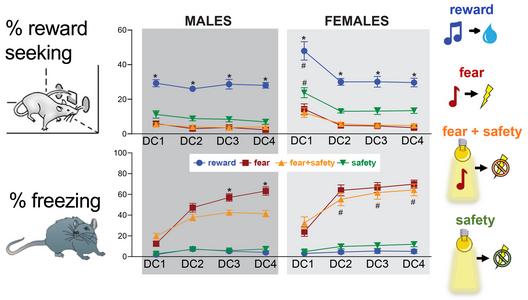 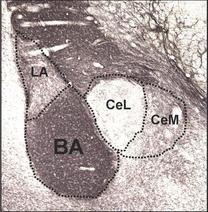 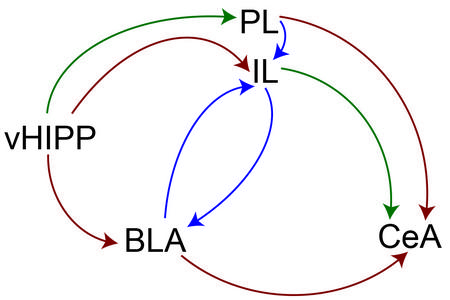 In combination with this behavioral task, we use in vivo single unit electrophysiology,

pharmacology and chemogenetics to track biological changes in the brain as the animal is learning about environmental cues signifying safety, fear and reward.

projections necessary for LEARNING to suppress fear to fear+safety cue

We developed a novel behavioral task in order to assess the flexibility and precision of fear and reward-seeking behaviors to discriminative environmental cues.

1.neurons in the basal amygdala respond selectively to environmental cues explicitly paired with safety and not to fear or reward cues (Sangha et al, 2013 J Neurosci), a 'safety-specific' microcircuit.

2. a subpopulation of BA neurons show the same neuronal response to safety and reward-associated cues but are not responsive to fear cues (Sangha et al, 2013 J Neurosci), a 'safety+reward' microcircuit. This supports the hypothesis that safety cues engage neuronal circuits encoding reward.

1. dissociable roles of the prelimbic (PL) and infralimbic (IL) regions of the prefrontal cortex: PL is necessary for discriminatory reward seeking whereas the IL is required to discriminate between the safety and fear cues (Sangha et al, 2014 Neuropsychopharm).